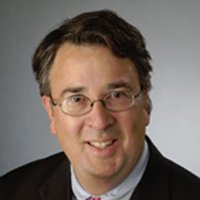 Dr. Blanck is University Professor at Syracuse University, which is the highest faculty rank granted at the University, and Chairman of the BBI. Previously, Blanck was Kierscht Professor of Law and director of the Law, Health Policy, and Disability Center at the University of Iowa. Blanck received a J.D. from Stanford University, where he was President of the Stanford Law Review, and a Ph.D. from Harvard University in Social Psychology, and serving as a Post-Doctoral Fellow at Harvard University. Blanck has written over 200 articles and books on the implementation of the ADA, the Rehabilitation Act, and related federal and state laws and policies, and he has conducted extensive empirical study of disability employment law and policy. He has managed over 50 million dollars in research grants to study the impact of disability law and policy at the federal and state levels. The Equal Employment Opportunity Commission (EEOC) has cited Blanck’s research in its rules and regulations for the employment policy provisions of the ADA, and he has testified before Congress and state legislatures on disability policy. He is PI/Co-PI on several HHS/NIDILRR and other federally funded research grants, several involving randomized control trial studies of disability policy and practice. He is a former member of the President’s Committee on Employment of People with Disabilities. Blanck has been a Switzer Scholar, and in 2015 received the Distinguished Service Award from NARRTC (National Association of Rehabilitation Research and Training Centers) for life time achievement in the field. Blanck’s most recent book is Disability Policy and Law (Foundation Press, 2020). In 2020, he was a special editor for the Journal of Disability Policy Studies on policy, law, and practice in decision-making supports for persons with disabilities, and his work regularly appears in leading peer-reviewed and legal scholarly publications.