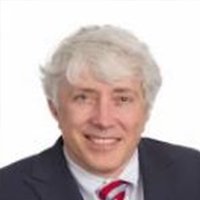 Dr. Kruse is a Distinguished Professor in the School of Management and Labor Relations at Rutgers University, a Research Associate at the National Bureau of Economic Research in Cambridge, MA, and a Research Fellow in the IZA Institute of Labor Economics in Bonn, Germany. He served as Senior Economist at the White House Council of Economic Advisers in 2013-2014. He received an M.A. in Economics from the University of Nebraska-Lincoln and a Ph.D. in Economics from Harvard University. His research has focused on the employment and earnings effects of disability, and the causes, consequences, and implications of employee ownership and profit sharing. His most recent co-authored books are The Citizen’s Share: Reducing Inequality in the 21st Century (Yale University Press), People with Disabilities: Sidelined or Mainstreamed? (Cambridge University Press), and Shared Capitalism at Work (University of Chicago Press). He has published over 100 papers in peer-reviewed journals and books, and served as an Editor of the British Journal of Industrial Relations. He has testified four times before Congress on his economic research, authored or co-authored three U.S. Department of Labor Studies, and served on the President’s Committee on Employment of People with Disabilities.